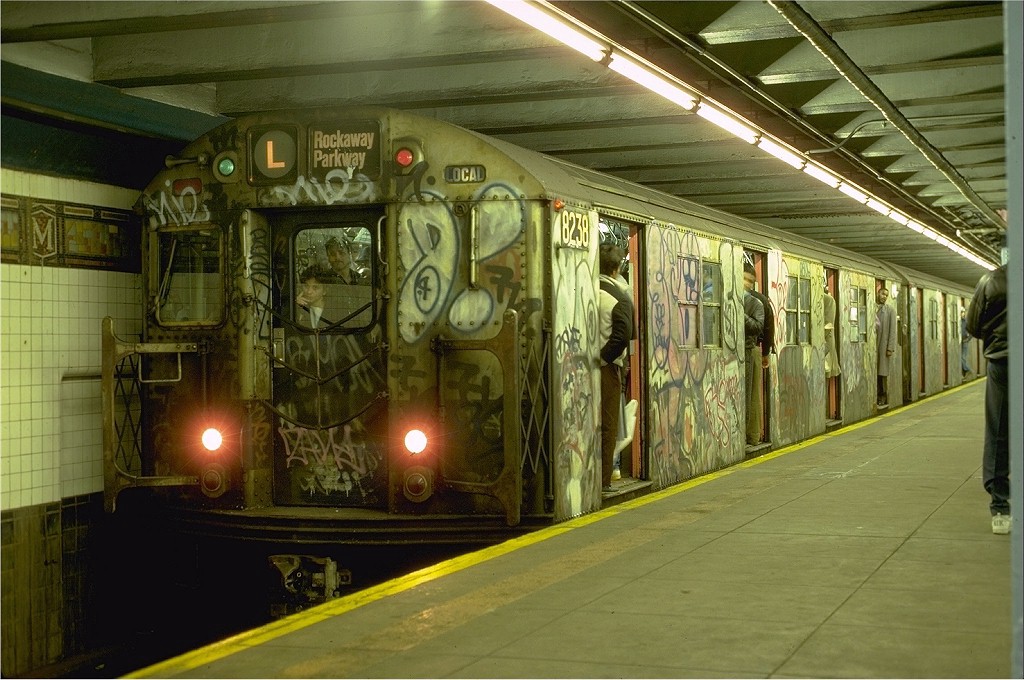 “New York is like poetry — it compresses all life, all races and breeds into a small island and adds music.” –EB White

When I was in New York City recently attending meetings, I found myself reminiscing about living in the city in my twenties. The thought suddenly hit me that New York offers just the kind of rich, challenging, ‘always on’ and always fresh learning environment that work offers us, if we choose to approach it as a learning adventure.

The first time I went to New York City was to live there, and I had a lot to learn about being a New Yorker. I’d fallen in love with big cities and how vibrant and full of surprises they are when I was seven. My mom, dad and I visited Stockholm, Copenhagen, London, and Bergen. We visited a new city every time we visited my grandfather in Sweden each summer. I was struck by how different each city was, and how they took me out of my comfort zone. I asked my parents so many questions: “What does that sign mean?”, “How can they eat this awful-tasting fish?”, “Why are the buildings painted so many different colors?” Since then, I’d relished the prospect of living in such a big city, and when I got an offer for a job in New York, I jumped at it.

I experienced many “firsts” my first week:

New York was just as full of challenges, and daily surprises, as I had hoped.

In his book, Here is New York, E.B. White wrote, “New York City can destroy an individual or it can fulfill him… The city is uncomfortable and inconvenient… But the city makes up for its hazards and its deficiencies by supplying its citizens with massive doses of a supplementary vitamin — the sense of belonging to something unique, cosmopolitan, mighty and unparalleled.” I felt that intensely every day I lived there. New York was a laboratory for self-discovery and personal growth.

I learned to ask more questions while I lived there, and to be more open-minded. I got to know people of many different nationalities, ethnicities and religions. I loved sampling their foods (I blame my friend Ravi, from Bangalore in India, for my regular cravings for naan and vadas) and learning about their customs, such as attending my first seder dinner. New York taught me to constantly learn from my environment, and not to make assumptions about people’s motivations or about their intentions towards me.

One memory in that regard particularly stands out. Early one Tuesday morning around 5:30 AM, I was squatting against a wall in the subway listening to music waiting for the 4 train to take me to Midtown. I was too tired to stand and didn’t want to sit on the filthy concrete platform. The only other person on the platform was a very tall, very big, dark-haired guy. All of a sudden, the man started waving his arms, apparently at me. By this time I had learned to do what all New Yorkers do in such situations; I cautiously ignored him. He began waving his hands more frantically. Then he started yelling, “Get up!” It was time to pay full attention, and to stand up. Just as I did, a large rat ran by me. The guy was warning me to get out of its path. I smiled and waved a “thank you” to him as we got on the train together.

Our work environments similarly present us with all sorts of challenges and often tricky-to-understand hazards. They also require us to interact with all sorts of people, who may think differently than we do. If we approach work as a stimulating and enriching learning environment, with the same spirit of adventure as moving to New York inspired in me, we will find ourselves less frustrated by the difficulties and less annoyed by differences of perspective we encounter. We’ll learn to ask more questions about the views of those we’re not seeing eye-to-eye with, and we’ll be able to appreciate better that every difficult assignment, every tough negotiation or anxiety-provoking situation is a wonderful opportunity for growth.

Three weeks after I landed in New York, I was walking down Fifth Avenue, studiously not making eye contact with anyone, as is the unspoken New York rule, when a woman came up to me and asked me how to get to Grand Central. “Head two blocks east,” I replied without skipping a beat, and then go north three blocks — 42nd between Park and Madison.”

I was a New Yorker.